The year is almost over and I thought I'd write a little recap of this past year.

The project that I've been part of for well over 2 years has ended, one of those happy-and-sad moments. It was great fun building something that was facing the public internet for all to use. With great purpose as well, this project was the Dutch Foreign Affairs information service. Built and brought to production both v1 and v2 in those 2 years. Feels good man. The new year will bring a new project, but what it will be, I don't know yet.

To enlarge my brain a bit I dove into the Cloud Foundry PaaS solution and it got me through 2 certifications! One for the open source CF platform, the other for the Pivotal CF platform.

Other notable things include attending the Cloud Founry Summit in Basel, Switzerland and GOTO in Copenhagen, Denmark. Both great conferences, with GOTO being absolutely amazing (again! I attended GOTO Amsterdam a few years ago). The diversity and quality of content at GOTO makes it such a joy. If you want to get a feel for what it's all about, check out their Youtube channel, they post a lot of the talks there.

Two major things this year. The first is a new hobby! I've started painting. One night a week I join a group and paint whatever I want with some guidance and help if I need it. So far it's been great. It started with my desire to learn how to draw but not being able to find lessons or a group nearby I took painting instead and it has been great so far. You can find some of my stuff right here on the site, or check out twitter where I post updates of things I'm working on every now and then. 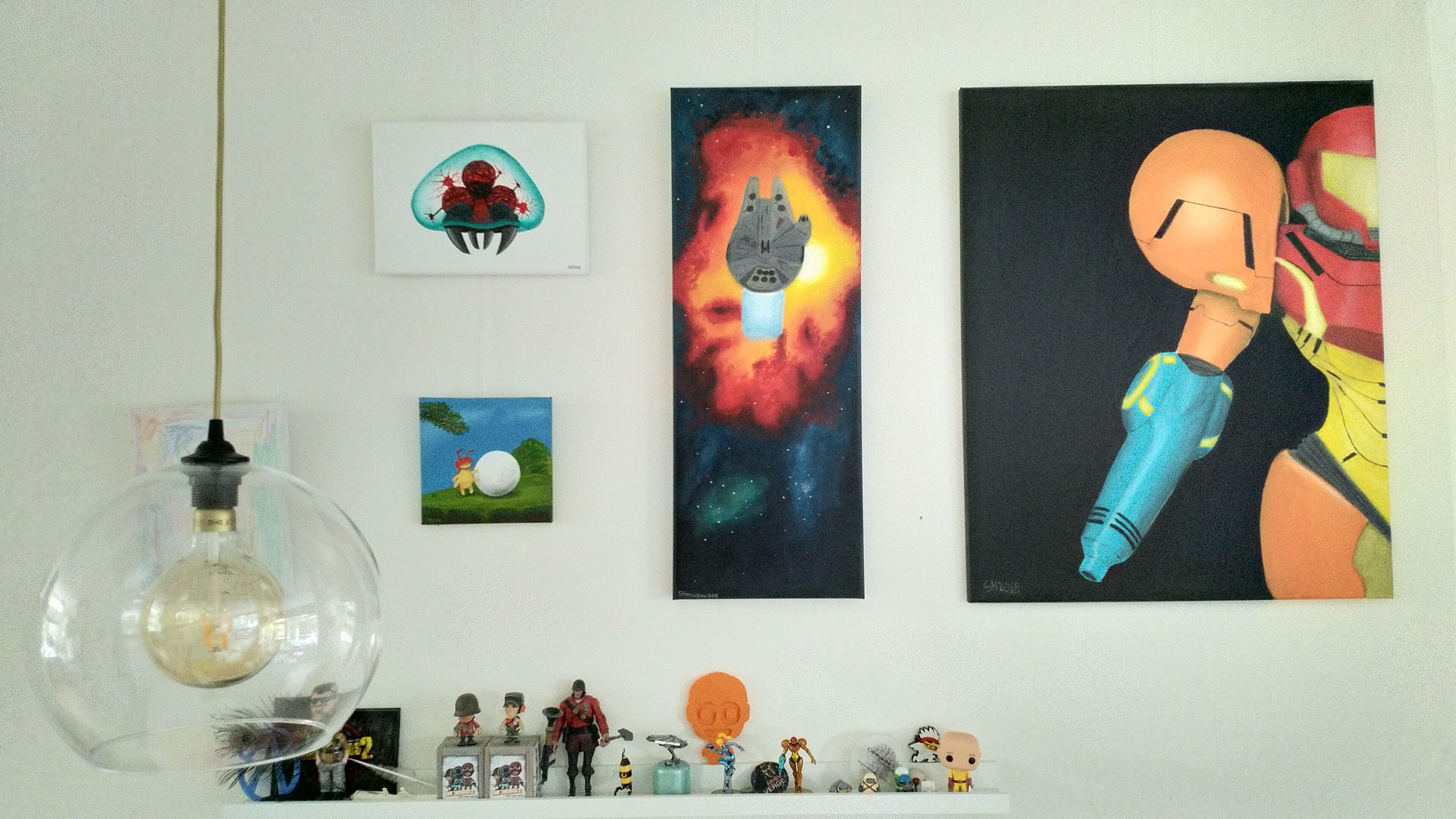 The other big one is going through meta cognitive behavioral therapy to finally get a handle on my obsessive worrying and overthinking. It ranks up high on the good-things-done-for-myself list and its been an incredible improvement. In a nutshell, it has given me handles on all the negative thinking patterns (for lack of a better description) that occur and interfere(d) with my life.

I've been videogaming as always, but I've almost entirely moved to my Nintendo Switch and playtime on PC is at an all time low. The convenience of the Switch is fantastic. Just play anywhere you want or dock it with the TV and play on a big screen.

Something minor, but still noteworthy, I've found a new appreciation for public transportation. I traveled by train 99% of the time in the 2 years on my last project. Then came that time I was driving through rush hour and oh my... I forgot what an absolute hellscape that is. Just sitting still in an endless line of cars... The train comes with its own set of problems as well (delays, break-downs, etc), but it is far less exhausting than driving every day and as a bonus, you can get work done while riding the train! It's now a serious option again just by unlearning to drive everywhere. Great for the environment as well, my (roughly) 2 year old car has 40k kilometers right now and sees far less use than any of the cars I had before it. A new project might change all that because the train/bus can take significantly longer than driving myself, but time will tell.

Last small noteworthy thing, if you can (and you like Lego), give Lego World a visit if it's in your area. Took my kids there, had a great time looking at and playing with Lego.

Seriously though, more painting for sure!
Hopeful about putting that Cloud Foundry knowledge to work.
Try and not drive more than I do now, although that's not entirely under my control.
(Videogames)

Happy holidays and see you on the other side! 🎅🎄🎆